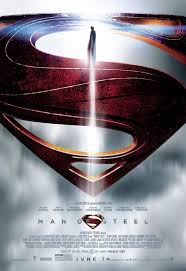 If you liked: The Dark Knight trilogy, The Avengers, Green Lantern

Premise: Time for another gritty reboot! Director Zach Snyder (300, Sin City) and producer Christopher Nolan (Inception, Dark Knight trilogy) team up to take Superman in a very different direction than that of the classic Christopher Reeve adventures. Prepare for a dark origin story filled with a very big name cast with a lot of talent.

I'll say this right out: Walk into this movie with a healthy dose of willing suspension of disbelief. What I mean here is don't sit there going "Oh that could never happen. Oh that's stupid. Come on, that's not real!" Just enjoy it for what it is: a new movie of an age-old superhero.

The Heroic: We'll start with a pretty easy comparison: Watch Superman Returns (Bryan Singer's shoddy 2006 reboot), then watch Man of Steel. In this situation, you've got a gold star winner. Henry Cavill knocks the role of Krypton's last son out of the ballpark! But the big surprise to me was the solid performances by Cal El's supporting players. Kevin Costner gives a great performance as the Man of Steel's earthly pappy, Russel Crowe nails it as Jor El, Superman's birth father, even Lawrence Fishburne gives a solid go at one of the smaller roles in the movie as the editor of the Daily Planet.

But what really hooked me in was Michael Shannon's fantastic performance as Superman's enemy, General Zod. I had never heard of Shannon before this movie, but he plays the part very well, resulting in a rage-filled, hateful character that I had a hard time feeling bad for!

The story was solid, telling Clark Kent's backstory through a series of (sometimes unnecessary) flashbacks to his childhood. But of the whole movie, I have to say my favorite was the opening 20 minutes, portraying Snyder's vision of Superman's home planet, Krypton. No spoilers, but it sets the tone for a powerful movie.


The Villainous:  Amy Adams. There, I said it. Playing the role of Clark's love interest, Lois Lane, I didn't buy her part for a second. With a different actress in the shoes of this character, I feel like the movie would have been a solid gold winner. But as it stands, I think she needs to stick with playing Disney princesses, and take a break from the comic book movie realm. Amy, you have many talents, but cursing on camera is not one of them. Go back to PG movies, potty-mouth.

Another beef I had was the amount of flashbacks, and their placement in the movie. I think its a great way to tell the backstory without having to re-hash the origin over and over, but cutting these segments down could have cut this movie from a needlessly long two and a half hours, down to a more easily digestible two hour movie.

Finally, and I hate to say it, but seriously... Lois Lane is freaking indestructible!! I swear they put that woman through more dangerous situations than Superman himself! A small beef, but still took me out of the movie a bit.

Score: 8 out of 10
A great first outing for the new Superman, crippled only by a small dose of shaky acting, and some unnecessary length.

Posted by Ben Butzow at 3:43 PM No comments:

So yeah...adaptation movies. Books, comics, video games, or even TV shows made into movies. Typically, it seems safe to assume that 99% of them are going to suck. So if they're based on such successful existing properties, why are they so bad? Well I think each one has its own reason that it sucks.

Books are pretty easy to determine. When you read a book, you have your own vision of the characters, how they sound, and what they look like. Movies take that image in your head, and kick it in the crotch.

Comics are typically done well, mostly nowadays, but they largely fail due to poor director/actor choices. I love comics, but the movie adaptations are past their prime and need to stop for a while.

Video games make great movies...PAAAHAHAH! Sorry, couldn't do that with a straight face. I haven't seen an honestly great video game movie yet. There are too many fans to please, and not enough good writers to do it.

TV shows serve their own purpose. You don't need movies of them. There are some rare exceptions (Serenity), but they're largely just pointless, therefore not well received.

Alright, on to the good stuff!

If you liked: The Fifth Element, The Professional, The Transporter

Synopsis: A French police officer (Reno) takes a few months off after a mistake on the job. Traveling to Japan, the home of his ex-wife who left him very suddenly, he meets up with a former colleague (Muller) and a young girl (Hirosue) whose connection leads him down the road to finding out why his wife left him.

The Spicy: Okay, I'm gonna start out by being totally honest: This movie is better with subtitles. Its in French, and when its not French, they speak Japanese. Please don't let that turn you off yet! For those of you who know, Jean Reno is a very talented French action/drama star. You may have seen him in the 2000 remake of Godzilla, or in the film adaptation of The DaVinci Code. Basically any American movie that needs a French military or cop-type guy, they pick Jean Reno. His acting lends itself very well to the part, however, and this movie is no exception. His personality, no matter his role, tends to be very soft, and his characters are usually very likeable. Wasabi is no exception, as Reno shines in the starring role. A pleasant and varied supporting cast definitely helps keep you invested in the story.

Just as necessary as a stellar cast is a solid director, and good writing. Luc Besson (Director, The Fifth Element) lends his pen to this movie bringing to life a great story, touching characters with rich backgrounds, and solid and believable smalltalk between characters at all times.

The Sour: Even though this movie kept me invested, I still tend not to be the biggest fan of subtitles. This is a personal thing, and if you can put up with them, the movie is great. But if you have a tough time focusing on the ongoing visuals while trying to follow the dialogue, you may want to give in and switch the audio.

It can also be a bit hard to classify, and it likes to jump genres throughout. The beginning seems to be a bit more dramatic, the middle fits closer to a heartwarming comedy, and the finale takes a sharp turn in the unrealistic action direction. Each segment is great, but it can feel a bit bouncy.

The Bottom Line: Its not your typical action, or comedy. But its good. It is unique in a way that probably didn't garner it much attention, but it deserved better than it got. Give it a shot if you're looking for a fun action movie that still holds a good plot.