In recent years, many people have been complaining about Hollywood's lack of originality, and how too many comic book adaptation movies are popping up. For a long time, I've agreed whole-heartedly. But recently, it seems as though a breath of fresh air is filling the lungs of the comic book movie industry.

With Comic-Con 2013 freshly behind us, we have seen the dawn of a large number of new movie ideas, rumors, and news, both for in-production films, and those way off in the distance. (Amazing Spider-Man 4 already? C'mon, we're at 2 right now...) Some made me cringe with uncertainty, while others seemed like a bold risk that could yield great results.

The truth is, with the release of The Avengers, Director Joss Whedon inadvertently opened the floodgates of big-budget collaborations, and character mash-ups. To face facts, some are bound to suck. And with the bar set so high, it'll be hard to break out of the pack and be a truly unique and impressive film in the super hero genre.

Titles like the upcoming Batman/Superman movie, the (forever) rumored Justice League, and the hyped up X-Men: Days of Future Past (the scale/budget of which director Bryan Singer is comparing to that of The Avengers) are taking super hero movies into a realm seldom touched until now. No longer are super hero movies just trying to break onto the big screen, instead they're expanding on now built up back stories. They're past the origins, and even reboots such as the latest Hulk and Superman movies tend to glaze over the origins of the heroes, in favor of driving a stronger plot.

I for one am excited by this new "second renaissance" of super hero movies. In recent years it seems that they'd begun to grow stale and overdone. But with the coming of crossover movies, and hero team-ups, we're heading into a direction with a lot of potential. Whether this is good or bad has yet to be seen.
Posted by Ben Butzow at 2:20 PM No comments:

Well folks, its the most wonderful time of the year. That's right, its time for Comic-Con 2013! And while not everyone is terribly into comics, over the years CC has become synonymous with new movie releases and previews.

Today I'm going to be going over some of the big reveals, previews, and more of the coming attractions for the next few years.

Batman/Superman
In a huge twist that no one saw coming, the DC Comics presentation revealed that due to the success of Man of Steel, they'll be going forward with a sequel co-starring the Dark Knight himself! Don't be expecting Christian Bale to don the cowl again, but it has been confirmed that Zack Snyder (director of Man of Steel) will be involved, as well as Henry Cavill (Man of Steel). Not a whole lot has been revealed for this movie, except for a logo combining the iconic images of Batman and Superman.

The Avengers: Age of Ultron
It was no surprise that Marvel was moving forward with a sequel to the high-grossing Avengers movie, but at Comic-Con, director Joss Whedon revealed the title and (potential) plot for the sequel. Marvel Comics recently finished a series of the same title, Age of Ultron, in which Ultron, an artificial intelligence created by Dr. Henry Pym (Ant Man) becomes too intelligent, and decides to exterminate the human race. The teaser video shown at Comic-Con displays a quick image of Ultron's face in eerie lighting. New Avengers confirmed so far for this movie include Quicksilver and Scarlet Witch, and Joss Whedon has hinted that he wants to include Tigra as well. The involvement of Ultron seems to hint that Ant Man may play a big role in the phase 2 universe. 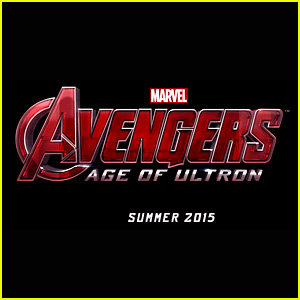 The Hunger Games: Catching Fire
Coming to theaters November 22 of this year, the second installment of The Hunger Games trilogy showed a trailer, teasing the coming chaos in the dystopian future. The entire cast returns, but not much new was revealed about the movie during Comic-Con.

Robocop
Starring Joel Kinnaman (Safe House, The Darkest Hour), Samuel L Jackson (The Avengers, Pulp Fiction), and Gary Oldman (The Fifth Element, The Dark Knight trilogy), this is a reboot of the 80's action series about a cop-turned-cyborg-super-cop who cleans up the streets of New Detroit. Mixed reactions are coming from old fans about Robocop's new all black armor look, but Comic-Con revealed some new footage of the new reboot, which elicited a roughly 50/50 reaction of ooos and aaahs versus meh's. I'll save my judgement for when the footage hits the internet, but I remain cautiously optimistic.

Thor: The Dark World
Aside from some new concept art, and a slew of action figures, not much new was revealed about the Thor sequel set to release later this year. Christopher Eccleson (Doctor Who) is set to play the dark elf villain who seeks to bring the god of thunder to his knees. The majority of the cast returns, though some minor casting changes have been made, such as Zachary Levi replacing the role of Fandral, one of Thor's battle friends.

Captain America: The Winter Soldier
The Star-Spangled Super Soldier is back in modern-day, trying to figure out where he fits in after the ending of The Avengers. The Winter Soldier refers to a Cap villain with a bionic arm who ****SPOILER ALERT**** is actually Cap's old war buddy, Bucky. Comic-Con revealed some more new artwork, and a bit of initial footage from the movie. Cap will be back on the big screen April 4, 2014.

Guardians of the Galaxy
Somewhat of a surprise announcement at last year's CC was the movie adaptation of Marvel's Guardians of the Galaxy. Think of it as The Avengers in space. The cast includes a raccoon with a gigantic gun, and a tree-like alien. This year's Comic Con showed the first footage from the movie, setting the tone for an action-comedy vibe similar to Whedon's Avengers. 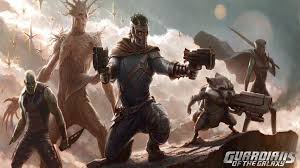 I, Frankenstein
From what has been revealed so far, I Frankenstein is your average gritty monster movie. Starring Aaron Eckhart (The Dark Knight), the first footage was shown at Comic Con to very passable reactions. Hopefully more information in the future will bolster interest, but for now the reviews are largely stale.

NEXT TIME:
Dawn of the Planet of the Apes
X-Men: Days of Future Past
The Amazing Spider-Man 2
Oldboy
Kick Ass 2
Godzilla
Riddick
Lego: The Movie
Posted by Ben Butzow at 9:44 AM No comments:

If you liked: Runaway Bride, Something Borrowed, Any highly predictable romantic comedy

The Story: A famous American movie star (Eve) and a famous British author (Tennant) are trying to avoid the media frenzy, and have a quiet and unpublicized wedding. To achieve this, they find the most remote location possible, and even go as far as performing a fake ceremony to get the media off their back. Hiring a local to be a stand-in for the "fake" wedding, but the sparks start to become real...

The Good: I'm gonna be honest, I'm a big David Tennant (Doctor Who, Harry Potter) fan. The guy is very good at playing the lovable, fault-less good guy. So I was very excited to see this movie when I heard he was in it. The man does not disappoint! Tennant is very convincing, as is his costar, played by Kelly Macdonald.

The supporting cast is largely strong in terms of backing up the main cast, which helps keep the story engaging for sure. The story is definitely a predictable, cookie-cutter romance, but it has a lot of heart, sass, and humor that sets itself apart from many similar movies. On top of that, the setting of the movie is gorgeous, especially on a high def television.

The Bad: While most of the characters were very engrossing, I found myself unconvinced by the acting of Alice Eve, especially considering she's supposed to play a famous actress. That's just....wrong! One weak link can definitely break a movie, and she certainly doesn't help. Moving to the GOOD actors: the supporting cast is great, but some of them are relatively big names who are only in maybe two scenes. I felt that these folks could definitely developed into a more engrossing side-story given enough time.

Verdict: 6.5 out of 10
Good, not perfect. Could be worse, but not super original. Give it a shot if you're into fun, corny romance movies.
Posted by Ben Butzow at 12:47 PM No comments: