Much like the last few bittersweet hours of Christmas day each year, here we are at the end of Mega May. We've seen the highs and lows. We've seen some of the greatest fan tributes, and the most heart-wrenching betrayals by Capcom. What could there possibly be left? How about an entire Mega Man-style game being released this year, made by MM co-creator Keji Inafune, entirely funded by Kickstarter? Let's also not forget Mega Man's most entertaining cameos! 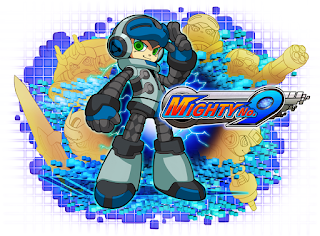 In late 2010, series co-creator Keji Inafune, often referred to as the father of Mega Man*, left Capcom, and created his own indie company named Comcept. On August 31, a Kickstarter was created for a project called Mighty No. 9. Three days later, it was funded, eventually reaching over 400% of it's initial goal.

The game follows Beck, a blue robot who has to fight eight robot masters. Yes, it's a shameless, straight up Mega Man clone. That is nowhere near a bad thing, though, in fact it's what fans have been wanting for years! Since it's creation, the game has been progressing along according to schedule, and will be released this coming September on PlayStation 3, 4, Vita, Xbox 360, One, 3DS, Wii U, PC, Mac, and Linux.


*Author's note: That's not entirely true. The first ever design was drawn by MM 1 director Akira Kitamura, but Inafune did become an integral part of the series moving forward. Inafune is also credited for creating Zero, whose design was intended to be that of Mega Man X. The higher ups thought the change would be too drastic, but they still loved the character design, so Zero was created as a new character. Okay, tangent over.

Mega Man's Best Cameos/Crossovers
Dead Rising was basically a love letter from Capcom to Capcom. They seemed to very much enjoy filling their game with references to themselves. The best of these, though, is Megaman X's helmet and buster. In the beginning of the game, the buster can be found in a toy store, and shoots toy balls at zombies, doing no damage. But if you have the dedication to kill (literally) every single zombie, you'll earn the real buster gun in your next playthrough.


The Monster Hunter series has been cranking out free costume DLC for a while now, and fairly recently, MM was invited to join the fray. There's just something sickeningly adorable about a cat dressed in a blue onesie in Monster Hunter 4 Ultimate.


Megaman has had no shortage of appearances in fighting games, but to me the most noteworthy is his anime style appearance in the stellar fighter, Marvel VS Capcom 2. His appearance, movement, and voice are all reminiscent of his appearance in MM8, and his special attack is not only the most fun to watch, but also one of the most powerful in the game, even though he has never once transformed into a huge robot in any of his previous games. But who cares? It's awesome!


In the late 80s, Nintendo created a cartoon show called Captain N. In it, every kid's fantasy came true: a boy gets sucked into the video game he's playing, and gets to fight bad guys along side characters like Simon Belmont, Kid Icarus (not Pit, apparently), an anthropomorphic Game Boy, and yes, even Megaman. How cool is that?


Well...not at all, actually. Basically, none of the characters ended up looking even remotely close to their video game counterparts, with Simon Belmont ending up as an ice climber of sorts, and Megaman looking like...well, this. 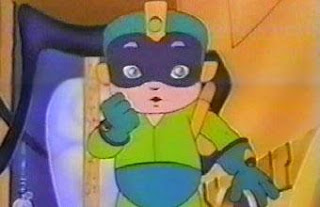 While not his best cameo, it does have a strange appeal to it, in a sort of "so bad it's good" way.

And with that, it's time to say farewell to Mega May 2015. Hopefully we can look forward to next year being filled with new game announcements for this classic character, but I wouldn't put any money on it. Until then, don't forget that throughout this month, Nintendo has added six GBA Mega Man titles to the Wii U Virtual Console, and the spiritual successor Mighty No. 9 will soon be upon us, so there's still plenty of opportunity to get your Blue Bomber fix!
Posted by Ben Butzow at 9:05 AM